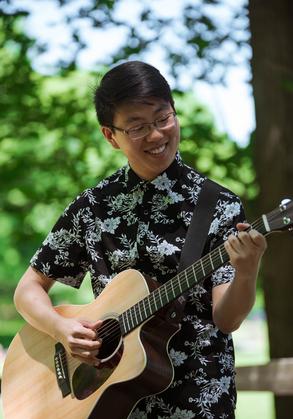 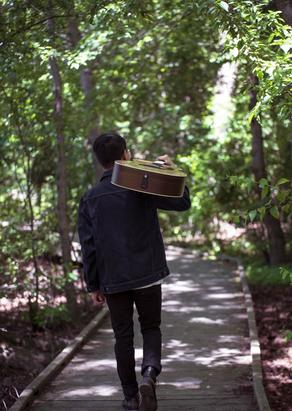 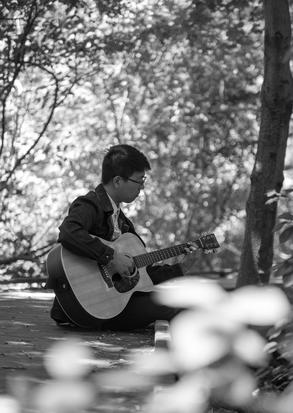 All photos on this page courtesy of Isabella Grossling  (Instagram: @isabellag_photography)

Playing originals and all your favorites

from yesterday's classics to today's hits.​

During his time at Berklee, Kyle earned two Berklee Music Achievement Grants (2018 and 2019). In April 2020, he was awarded the Certificate for Community Engagement and Leadership, an award that honors students who have shown a strong commitment to social justice, community outreach and engagement, diversity, and inclusion.  Kyle was a Berklee Student Ambassador, representing Berklee at events and auditions on campus and around the world.

In high school, Kyle played bass clarinet in the Honors Wind Ensemble, guitar and tenor sax in the Jazz Bands, and sang in the Honors Camerata Choir. He is also classically trained in piano.

Kyle first performed on stage at age 7 in the Dan Kane Singers' Christmas Show, with a solo performance before an audience of 5,000. He began his formal music instruction that same year and spent the next 10 years studying piano, guitar, bass clarinet and voice.

In 2015, Kyle played bass clarinet in the MMEA District Orchestra and went on to earn the principal seat in the All-State Orchestra, performing at Boston's Symphony Hall. He was awarded scholarships to the UMass Jazz in July program and Berklee College of Music's 5-week Summer Music Program. He also won First Place in the Majestic Theater's 2015 Season Open Mic Night.

In 2016, Kyle earned the principle chair on bass clarinet in the MMEA District Band as well as a seat in the All-State Symphonic Band. He was one of 20 top students from the Berklee Summer Music Program to earn a four year scholarship.

In January 2017, Kyle was nominated by the MA Department of Elementary and Secondary Education to represent Massachusetts as a candidate for the U. S. Presidential Scholars Program, one of only two students nominated from Hampden County in Massachusetts. Presidential Scholars are selected for outstanding performance in academics, leadership and community service ​along with exceptional talent in the visual, creative and performing arts.

In May, Kyle was awarded the 2017 Louis Armstrong Jazz Award, which recognizes one high school senior for outstanding musical achievement in the area of jazz and an incredible dedication to their high school jazz program. He also received the Massachusetts Music Educators Association's Western District Scholarship and the Albert J. Mastroianni Scholarship, awarded to a student who has a strong work ethic, good character, involvement in community service and plans to further their achievements in the musical arts.

Kyle enjoys playing a variety of pop/rock hits on guitar, piano and mandolin at local venues, private parties and charitable events. He continuously strives to improve his musical abilities, spending most of his free time practicing when not performing. Kyle looks forward to pursuing a career in what he ​loves most, making music.